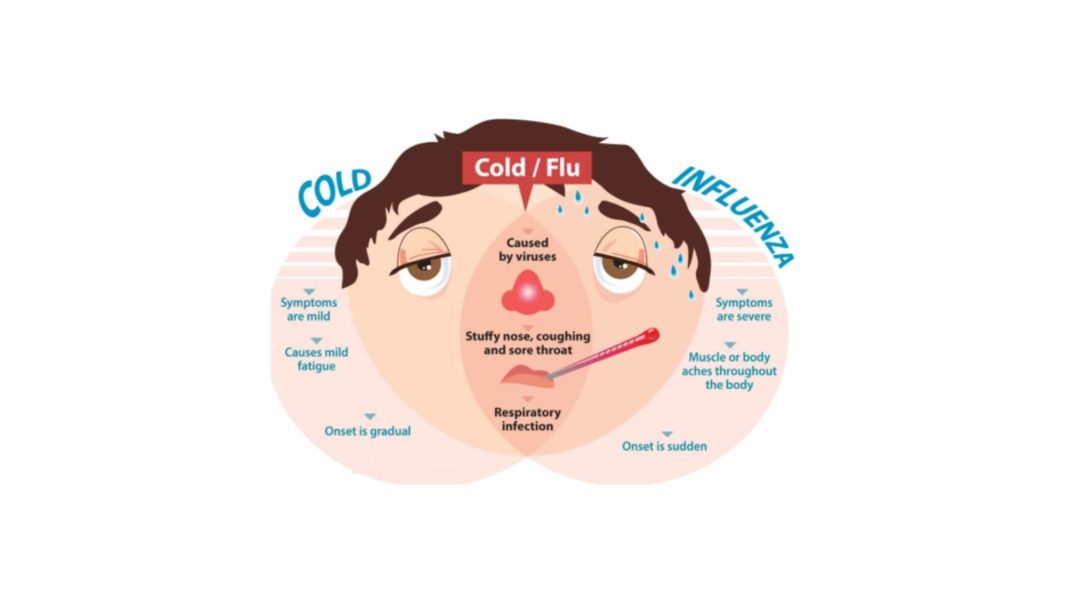 We’ve all experienced those nasty symptoms that are associated with the flu.

Taking a day off from work or school and lying down on the couch with boiling hot bowls of soup and layers of blankets wrapped around our bodies is something we have all lived through.

What All Symptoms You Need To Be Aware Of?

And as you lie down on that sofa, watching whatever is on tv through eyes that hurt, you start to wish you had paid better attention to your body and acted upon the symptoms right when they started showing. You start reminiscing about the fact that you could have not mistaken it for the common cold and taken the necessary medicines or seen a doctor instead. Well, while all of these disastrous after-effects might be painful, there are signs you could watch out for to know if your body is hiding something serious. In this case, a serious flu infection.

It’s a common error to mistake the symptoms of the flu for a common cold. The truth is, while this error in our judgement might be common, the one sign to be able to tell between the two is quite simple. The onset of the flu actually comes out of nowhere, while a cold develops gradually and is generally much less mild when compared to the flu. While the effect of the flu, also known as influenza, may be mild to an extent, it can sometimes prove to be fatal.

If you experience feverish chills, keep coughing your lungs out, have a runny nose that looks all blotched from wiping it with a Kleenex, a sore throat, a persistent headache, an onset of fatigue while going about your daily tasks, or even vomiting and diarrhoea, then you might be under the attack of the flu. However, it must be noted that not everyone suffering from the flu will develop a fever.

While the symptoms mentioned above may range from mild to slightly serious, there could also be some extremely serious signs that could signal dangerous levels of flu infection. A few such signs to watch out for are experiencing shortness of breath, seizures, a throbbing pain within your chest of the abdomen region, dizziness and total confusion, a pain shooting throughout your muscles, an inability to urinate or even a fever/cough that show signs of improvement but then immediately get worse. Among children, some additional symptoms could be a darkening of the colour of their lips and nail beds, a lack of interaction when the child is awake and their ribs visibly pulling in with each breath. Although this list is not exhaustive, they are some of the predominant signs found among people who have contracted a flu infection.

The effect of a clue can range anywhere from moderate to severe cases. While most people find themselves recuperating within two weeks, some cases have led to the development of disastrous complications such as pneumonia, which can often prove to be quite life-threatening and requires heavy medical attention. Some slightly less scary developments as a result of the flu could be the patient’s contraction of an ear infection or sinus infection. However, an extremely dangerous stage of the flu could trigger a high level of inflammatory response in the body which could, in turn, lead to sepsis, which is the human body’s fatal reaction to infection. Some additional serious complications arising from a flu infection could be a failure of various organs such as the respiratory system, the kidney, etc., encephalitis, myocarditis and myositis, among others. Another after-effect of the flu is that it can make pre-existing medical conditions quite worse, such as asthma or even chronic heart disease.

The truth is, pretty much anyone can catch the flu, even an extremely healthy person. However, the effect of this infection could be quite deadly for certain people. Some people who are at the highest risk of developing flu-related complications are people above the age of 65, people with pre-existing medical conditions and even pregnant women. Even children below the age of 5 face a high risk of being at the receiving end of some of the nasty side effects of the flu.

After having read through the symptoms and effects of the flu, you might be considering paying close attention to what your body tells you. Remember to not ignore the early warning signs and take action as soon as you feel the slightest level of discomfort due to any of the symptoms. With all that in place, along with a healthy diet, ample exercise and a good hygiene routine, you should be armed with more than enough to face the tough flu infection.

You May Also Read – Nail Infection- Causes And Treatment Methods!