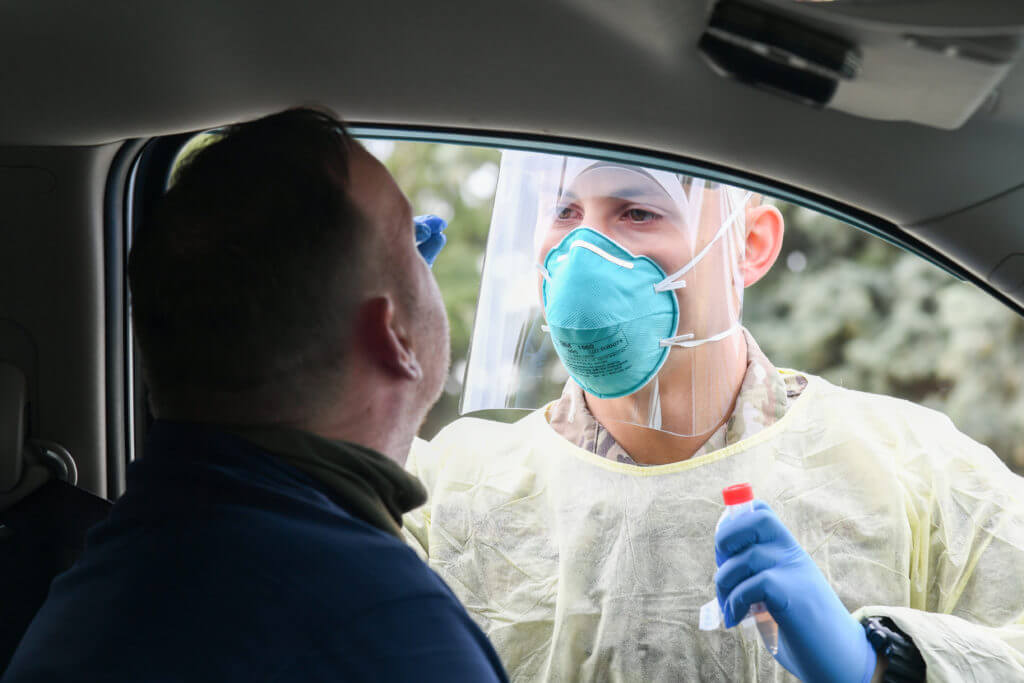 Covid19 has grown over a long period of two years. It is mutating into Kappa and Delta variants that are sweeping the country at an alarming rate. This is post-high vaccinations in countries like America. And yet we find that Covid19 testing remains one of the most important strategies on the micro and macro level to stop an epidemic spread and contain it.

Covid19 spreads in a rapid form, from the air molecules and can cause infections that arise from person to person in a sudden and strong form. One infected person can infect thousands in a day by way of spreading from one to another in a busy metro city.

The weather plays an equally important role in creating or destroying the spread of the virus.

To be sure that the body is not infected by the virus, at transit stations on travel. On weekly work schedules in the food industry and the frontline and health workers testing is mandatory for the survival of the civic system.

As an individual getting the doses of vaccination are not enough. Getting tested routinely by RT-PCR for any new mutation infections can save the family and workplace.

We have discussed why testing is so important. In the food delivery industry, which must survive for farm produce is perishable, consistent testing on weekly basis by many food joints and a temperature check live on the applications of the mobile phones along with tracking of the delivery is a norm. This is a high standard in our country. Despite it becoming a popular industry, where inexpensive meals under Rs 100 are delivered in an hour maximum.

The health industry is the most critical and the backbone of the system at this point of circumstances. Wearing PPE kits or not. Eating and allowing Ayurvedic products or not. Mangalore had a steaming machine for the police to install. Unani at Hyderabad offered a new mixture. Finally, without a vaccine, things by statistics always became difficult for the health industry.

ICU shifts are extremely intense and tiring, even if a doctor risks not wearing PPE kits, a vaccine is critical by the statistical numbers. A large number of these workers contracted the infection. And some did not survive. The primary reason being, for years the health industry in India is one of the best and exports its workers across the world. It has very poor infrastructure. And has been bullied, beaten, and given Frooti and biscuits as food to itself in 18-hour shifts.

In troubled regions like West Bengal, things were bad for years. And then came to the Bollywood movie Kabir Singh to reverse the sensationalism.

Testing on a routine basis in the healthcare industry is very important. Visitors and attendants contracted the disease in large numbers in the May-June spread that took a lot of lives.

To use an RT-PCR test, or many others available at the time of entry and exit to a hospital is critical. NABH certifications to any nursing home are auxiliary and important.

There are many reasons why trains and airlines made tests before departure mandatory, it was because faulty, fake or obsolete test reports made a spread possible. Then, the travel to the station or airport was equally troublesome and risky.

Almost 50 media persons, from the front-line industry, died in the Covid19 epidemic before the Delhi system breakdown.

Now, we find a situation where things are extremely wanting of tests at every transit and the terminal point of life. Until, the mutation spreads stop and especially for the weak, infirm and the aged.

Now digital methods of testing, such as more controversial Israeli technologies where the air is breathed into a vent in a handheld device, which then analyses and instantly expresses the result. Such methods can be employed in the backtracked hotel industry and points of travel and leisure like hill stations. Where contact infection and allergies can be prevented.

Read Also: How To Keep Your Thyroid Healthy – Things You Should Know

Although many ways of testing beyond RT-PCR are becoming available. What is necessary is voluntary and paid testing when in ample supply at all points of mass contact by the public to prevent a wave of the epidemic from returning. As rural areas are getting vaccinations now, it is important to return the people back to urban centers as businesses resume and work becomes available to not get confused and spread the virus. When not mandatory, organisations must allow free testing on a voluntary basis if the employees query.